It seems to have taken Ning a better part of a week to get some site issues fixed.   I am not sure they have been communicative though with the creators of the various sites.   I get that, because when at work I was involved in upgrade or downtime.. you worked the problem / plan  first then communicated once everything that happened was understood, and a root cause analysis or summation of downtime was underway following the event.   As a forewarning was lacking, I am guessing this was not a…

The company which bought Ning out a few years back... (probably around the time that Ning development ceased and support started to flounder)  has closed its doors abruptly.

Here is the article:

After several hours having taken Ning down, Ning came back, and…

The old boat seems sturdy and continues to float here on Ning... so no worries (breathe easy) ,   However as Captain, I have  responsibility for the safety of the crew and  of the crew's quarters.   I am looking around for the life boats should we run into any rough / choppy waters.   Anyone know anything about the following sites, or any other suggestions?…

Ahoy!  Just an update... The process to keep the Ark afloat is underway.   I haven't told the current captain this yet, but I am going to throw the leg irons on her to make sure she doesn't jump overboard.  I hope she will stay on as an administrator.    Thought I might start with a request to maybe change the motto from "Whatever floats your boat..." to something new to reflect our current struggles.   Something like "I think we are gonna need a smaller boat".  LOL.

Hey all.  I just got word that Ning is upping their fee once again.  I'm so grateful to all of you who've helped to keep this boat afloat all these years, but there's no way I can continue considering they're doubling the monthly fee beginning October 1st.

So unless anyone else wants to take the wheel, I'm gonna have to call this place quits the very last week of September. I'm so sorry. I dreaded this moment.  I want to send out an email to all members, but I figured I'd wait…

I love this woman's voice.    I love Portishead.   So I love when she covers portishead.  BTW this Friday Lisa Hannigan has a new CD out.   YAY!   later this fall in Berlin, both She and Damien Rice will be performing at the same 5 day event.  I am so hoping they might bury the hatchet and do one or two songs together.   But I wont hold my breath.

I Think the Folks who Wrote This...

My New Favorite Anything of Everything

1.   pianist best known for beautiful covers of Rock songs. My son has already taken up playing guitar like a storm after hearing his track and cover of Linkin Park    In the End.  Inspiration can get someone out of a funk like being hit by a meteorite…

Tobie2 found this artist.  Thought I would share a little Christmas awww from her.

After extensive studies and multiple clinical trials (1.3) management has developed a S.O.P. (standard operating procedure) for all returning prodigal sons and daughters.

1.) Make a very short video while looking into the camera and say :

2.) Wait six to eight weeks for your first view or comment (6 months to a year if you're aiming for…

Just dropping a lyric here to publish. I was thinking about a song I wrote for my son when he was 3. It was about the trials and tribulations to come. Then Ursula K. LeGuin's "The Ones Who Walk Away from Omelas" barged in on my brain party and she brought with her the crew of scientists that are watching evolutionary shrinkage as a survival necessity and , well...working on the music now so while you're reading imagine a really upbeat-boppy tune

I’m the one they send in after… 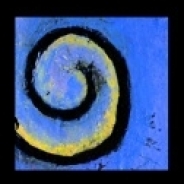