As I've vlogged about before, one of my hobbies is finding really old junk and trying to uncover the identity of its previous owner. Last December, I bought an old postcard that was dated 1931, mainly because I was entranced by the photo on the front of it, a sleeping boy surrounded by creepy dolls. 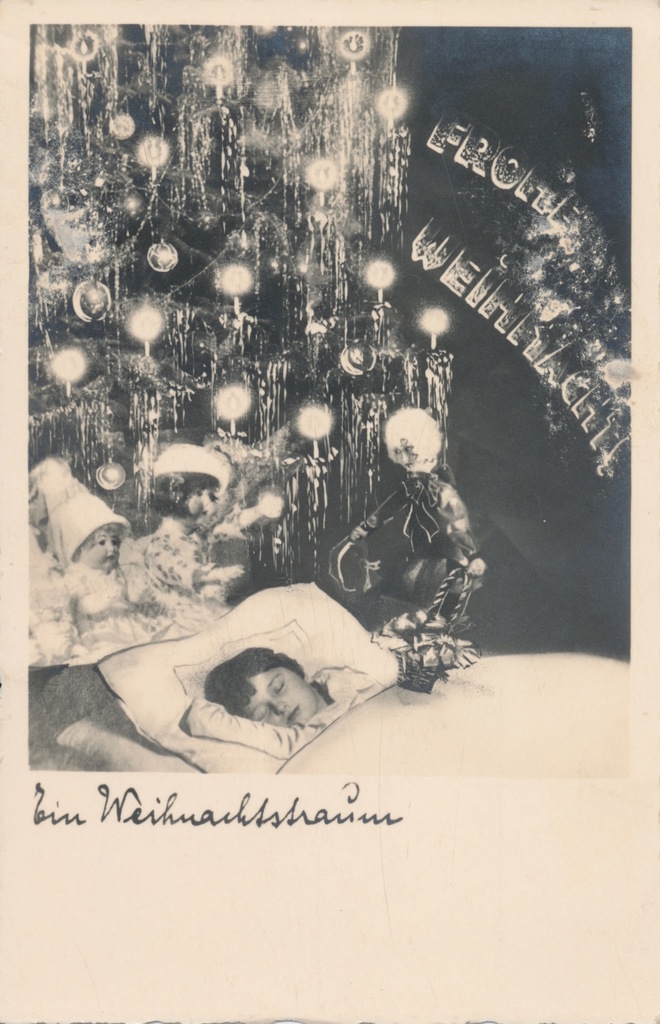 But I was equally intrigued by the German writing on the back of it, the old Sütterlin script I've never been able to decipher. So I sent a copy of it to BlancheNoE and asked her if she would pass it on to Pendragon for translation. And here it is:

Wishing you all a Merry Christmas

and a Happy New Year.

These heartfelt greetings are sent to you by

Pendragon says there are not many people around who share his last name. Because the script was indecipherable to me, I didn't recognize his name in the writing when I bought the card, and I can't calculate the odds that the person I would turn it over to for translation would share the name of the addressee. It's not the most astounding coincidence I've ever encountered, but it's just enough to convince me that it's really no coincidence at all.

Blanche wrote to me: "I like thinking about the possibility that you sent us that card the first time 80 years ago, or one of us sent it to you. In the next incarnation, one of us will find it in the archaic disc storage locker and hologram a copy to the other."

Blanchie, I've no doubt. But during this incarnation, may this Christmas be followed by one helluva great year for both you and Cousin Pendragon, ein gutes neues Jahr. My life has been blessed by having you in it.

One more thing: "We both agree that the front is classically German-creepy." ~Blanche 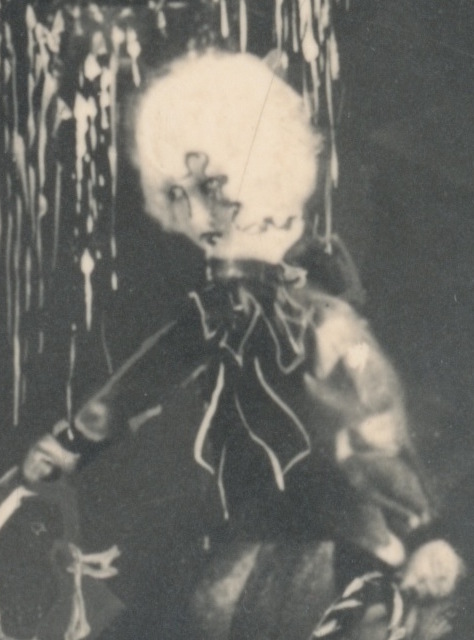 This is a great story.

I only wish I could find decent christmas cards like this to send out these days!

One of the best parts of the story for me was when we got the card, I noticed pen's name and wrote to NJ something along the lines of :  "NJ, that is SO cool that you found something with pen's name (now mine too) on it." and she was like  "'whaaat?"

One of the first envelopes pen sent me snail-mail was a German-creepy card he'd designed himself and yeah, I was in love.

F*ck That: A Guided Meditation from Jason Headley on Vimeo.

MOTC: I'm pretty sure the copyright on the photo is expired. Feel free to make your own. But the story is mine, gonna invest in Kleenex stock and then write a script for the Hallmark Hall of Fame.

Chig: You're just jealous 'cause me and Blanche, we're children of the universe, as described in the Desiderata: Remember, "they too have their story."