Mini ME hahahahaa ahhhh the memories though i cant remember lmao 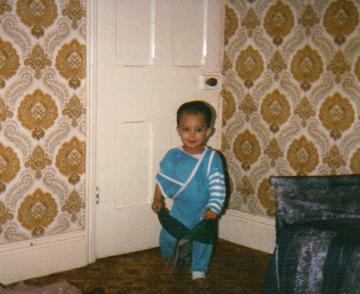 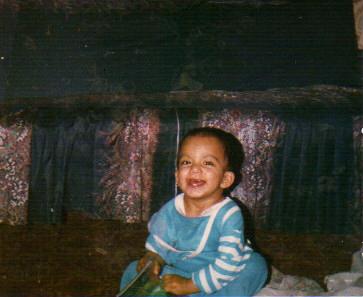 and none of that you were so cute what happened to ya :P:P:P lmao

Check out this discussion in the Brig ; )

I might make a vid out of my fave response or idea. Hmmmm maybe.....

The desire is there but the motivation isn't. Like a second hand jigsaw, I'm missing pieces.

I'm missing the comment streams that would come about as people commented and replied to those comments on videos. The banter.

Breakfast Bytes Brought to You By My RSS Feeder

I'm addicted to my RSS feed.

Every morning, while sippin' the joe, I click through the titles and hit a few that sound like they promise something of interest, mostly having to do with local stuff, education, technology, social media, or the humanities in general.

So I decided this morning, out of curiosity to see what it might look like, to keep a blog edit open and just type in the random stuff I find. Of course, it's always fun to get feedback, too.

That's right, the USA is number 37 in the world in healthcare. Pretty pathetic.

Running up that hill

Placebo - Running up that hill

Whenever I enter my BART* station, morning or evening, I’m treated to someone’s musical performance. I can think of more than a dozen musicians or groups who play my BART plaza with regularity. Most of them are pretty decent, some are embarrassingly bad, and a couple of them are superb.

One who falls in the superb category is a man who plays classical guitar. His guitar is almost as beaten up as Willie Nelson’s. He is disheveled, his clothes are very worn, and he doesn’t have a chair… Continue

A Response To Nobodyschild99's Blog

"Community, Sensitivity and the Leaving Concept"

When I read your excellent blog it brought back so many memories and thoughts of my time on social networking sites these past two years. It has been an amazing journey.
These days it is difficult for me to communicate my thoughts through speech or the
written word, so please bear with me.

Most of my time was spent on LV, this is how I envision it, looking back.

"When I opened my door in the morning and… Continue

A VISIT WITH A FRIEND

This weekend we had a wonderful visit with a friend that I met right here on the ARK.
Some of you know him as DOK, but I prefer to just call him Daniel. Daniel and I met here last November and we hit it off immediately, but then he left the ARK for personal reasons and I thought it would end there. But it didn't. He was the person I called in the middle of the night (aside from Syd) when I couldn't sleep or I thought I was just going to lose it and he has always been a willing shoulder for… Continue

I was going to do a birthday blog for my soul-mate but I have Carpal Tunnel syndrome from repetitive spanking.

The Night Before the Day That Came After

In September of the year 2000, My brother died under very mysterious circumstances in New Orleans.
He was an expert commercial diver who trained for years at his craft. His specialty was dry-suit diving, where the depths were so deep that he would have to spend hours, sometimes days in a decompression chamber before being able to safely enter the normal land atmosphere again. He died face down in 3 inches of water on the side of a road. The police would not allow us to see his body, even… Continue

RESPONSE TO "Community and the Leaving Concept - Response"

I would have left a comment on your blog, but you have it so that nobody can comment..LOL

People are weird. They are weird in real life and they are weird online.
I am also tired of expending energy on people who think its ok to just pop in and out of my life on a whim without a thought to how it might effect me. I have been online and part of different "online communities" for a very long time and I have seen this happen time and time… Continue


Ruby laid on the floor near the kitchen side entrance. Ann laid next to her, listening to Ruby’s rapid breathing. It was time for bed soon for those of us who have to go to start another work week in the morning. I knelt down noticing that Ruby’s rapid breathing appears to look as though she has a slight spasm in her abdomen. “I thought the Theophylline would reduce any tendancy to spasm.”, I muttered to Ann as I laid my hand on Ruby’s side. Ann… Continue

I hope this is cool to do, but if not, it wil be deleted.

I found Mysti Mayhem doing live concerts on a site called
blogtv.com. She plays guitar and sings and is amazing !

I believe she is giving another concert tomorrow night, (Monday, Labor Day).

She also takes requests. This is an unsolicited shout-out.

Where's Waldo (I mean MOTC? and Mel for that matter?)

"Teacher" a.k.a Kid-Indoctrinator for Socialism

So I'm a teacher in one of the largest school districts in the nation. Yesterday I get an e-mail from my principal addressed to the entire staff. It says:

There has been some controversy about whether students will be required to view President Obama’s September 8 address.

It goes on to state how principals throughout the district have been advised by the superintendent to abide by parents' wishes to have their children be released from any viewing of the address, which… Continue

While I had been laying next to Ruby and asking questions I knew she could not hear much less understand, such as “Is there someone you are missing right now?” or “Are you happy here?”, Ann had set upon the task to fuel and build up the stamina of this little dog who showed all the physical signs of living through some very hard times in recent days. She looked like a puppy and at times she moved like a puppy, but when you touched her it was not hard to imagine her skeletal frame as it was… Continue

I did a collaboration with Stephen 'OzzyOnTap' Osbourne of VH and YT
of my original song 'Round And Round It Goes'.
I uploaded the mp3 on 'my music' section in my channel here and I am posting the link here from mediafire
if any one of you wants to download the mp3.
its professional sounding this time and I think its cool enough to share.
:-)…
Continue

After taking photos to send to her foster mother showing that Ruby was getting along with our other four dogs, we realized that Ruby was almost completely deaf. She was completely oblivious to any commotion involving the other dogs unless she could see it. This presented us with one challenge and resolved another. There was really no point in changing her name from the one given to her by the pound. She would never hear it. So as we could not pin a name on her, we simply pinned Toozday on the… Continue