Today a team I coach won a tournament. We've been having a tough time this season with games where we've played well but don't always get the results we deserve. But this weekend the team were brilliant.

Tonight I get an email from parents requesting a meeting with me to discuss their son's playing time.

let me start by making it very clear that i have nothing against most people who use emoticons......i understand that sometimes a simple "i'm really bummed out today" is more easily expressed by a little blue orb with giant sad eyes......

what i can't seem to get a handle on is the gargantuan library of these annoying little fuckers (search google images) that is available to every idiot that, thinking they're "soooo adorable", feels the need to use at… Continue

We eat them on a couple of cold, limp slices of spinach pizza. Then we walk to the liquor store to pick up some beer.

By the time we are back to Andrew's apartment they have already kicked in, hard. My tongue is buzzing and my hands are something seperate from me, always moving. This makes me laugh. An uncontrollable, whole face laugh. I crack a beer and put it down. We're in his basement apartment, and it feels like a cave. His upstairs neighbors are having a party, so we invite… Continue

When the student is ready, the master will appear

So I'm in the bar talking to some stuffed bra, puffed up hair, stiletto heeled, skin tight dress, black lipstick tramps called Katballou, and Xfashionfacist. That they have the names of some Ark people is completely coincidence. Some guy I don't know, in my proximity, starts acting like an asshole. Basically the drunk, loud kind of guy you find in bars. He is not directly interacting with us, but here is the catch, because I'm in the tramps disgust vector, I'm now considered an asshole. No… Continue

ya know i always thought the older you get the wiser you become however after seeing MOTC on the internets i seem to have changed my mind :P:P:P heheeee

confusion as a pedestal for insight- seeing with a madman's clarity on the late night.

A poem I wrote ended with the line, "Surrender control and the universe will respond to the nature of your soul". I held onto this mantra, probably because I liked the way it sounded.

I've been doing a lot of reading lately, along with less drinking, more sleeping etc. And I think it's turning me into a hostile person. Isn't this the opposite of the desired effect? Anyways, an unfortunate side effect of aforementioned activities is thinking. And when thinking interferes with the… Continue

OCD and other adventures

So. I go to my secrete bathroom to take my before lunch poop. I first flush to toilet even if it's clean. I take some paper towel, and wet it. Give the whole toilet seat a wash. I follow with some more paper towel to dry it. I take a toilet cover, and pop out the middle. Make sure it's distributed evenly around. Then it pull down some tissue, and throw it out. I start the facet running, but not to much because dripping is louder. This will come in handy to drown out the farting sounds. I can… Continue

The love that never speaks it's name.

I just listened to eminems new album relapse, to be honest i was expecting something better LOL. You know an artist tends to improve upon the initial music and go with the times but with mr mathers its the same old trumpet being blown again.

for example the song "my mom" is basically how as a child his mother gave him vallium in everything breakfast lunck supper whatever and how his daddy molested him. Now it was interesting the first time he… Continue

How on earth, and in heavens name, can anyone support an organization willing to hide such evil for
profit, much less give them tax exempt status ?

Park that in your browser and smoke it,....and be sure to read all the way through so you get to the part about the tax payers of Ireland footing the bill for compensation to the victims.

At some point, I hope to have the time and inclination… Continue 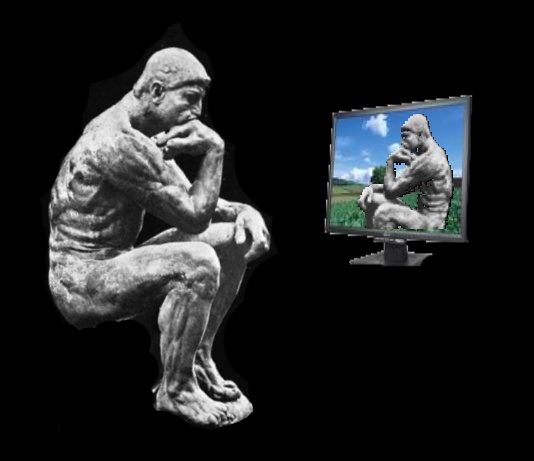 The two "Two-Minute Philosopher" videos I put up a few weeks ago were well-received here and at a couple of other sites, so I'm planning on taping the rest of them this week and continuing with the series starting this coming Friday night.

I have some great questions on a list I've been generating, but if anyone has any suggestions, you can place them here so I get them before I finish up the first batch (I'll do about a dozen so we… Continue

Scientists have developed the world's most environmentally friendly race car, capable of reaching speeds of up to 160mph despite running on chocolate.

Scientists used potatoes and carrots to create the racing car

The car, known as WorldFirstF3, has a steering wheel made partly from carrots, mirrors from potato starch, seats from soybean oil foam, and brake pads from ground cashew nut shells.

Despite boasting the greenest of credentials, its makers at Warwick… Continue

People Who Should Be Beaten - Blog Edition #1

..because I can't link Facebook properly for some reason.

A group of people can suspend belief for faster-than-light travel,… Continue

Social Security At RIsk--> NOT!

The company I work for is a special brand of awesome. They take good care of you and take steps to re-assure you about things ahead of time. Take, for example, the opening paragraph of this email that was sent to coaches in the UK who will be coming out to the USA for summer work;

I know from listening daily to BBC Radio and from what I see of the internet the British Media are doing their best to sensationalize the present swine flu outbreak. They… Continue

strangeness of the jin kind

it is 4am as of this moment and for some strange reason i just changed my clothes and am going for a walk. I have no idea why but for some reason I just had the sudden urge to go walk for a bit so I will continue this blog after I come back.............

On May 9th at aprox 3 pm, my mother-in-law passed away quietly in her sleep with my father-in-law sitting by her side. In the last hours of her life, the nurses aid came in a gave her a sponge bath, rubbed her down with lotion and even fixed her hair, giving her the dignity she deserved in her passing. My father in law sat quietly by her bed saying his prayers, after which, he leaned forward and told her it was ok to go... she passed 15 minutes later.. I know that she was waiting for him to be… Continue