I'm stealing another challenge idea from Vimeo.  And I quote:

"A 5x5 is a classic Vimeo video project. It's a 25-second video composed of five 5-second clips, using only natural sound.

The challenge here is to find beauty in the mundane. Your day-to-day might seem boring to you, but I can assure you there is beauty in it — in your breakfast routine, commute to work, 8am biology class, lunch hour, trip to…

I removed all my dating series videos yesterday from this site and from Vimeo!  I was helping a client set up her new MacBook and googled myself and was HORRIFIED to see this site and the videos listed there!  Although the videos themselves were password protected, the comments were all still there for the world to see.  Now I know the more savvy of you out there will read this and go, "DUH," but wow...what a shock for me! 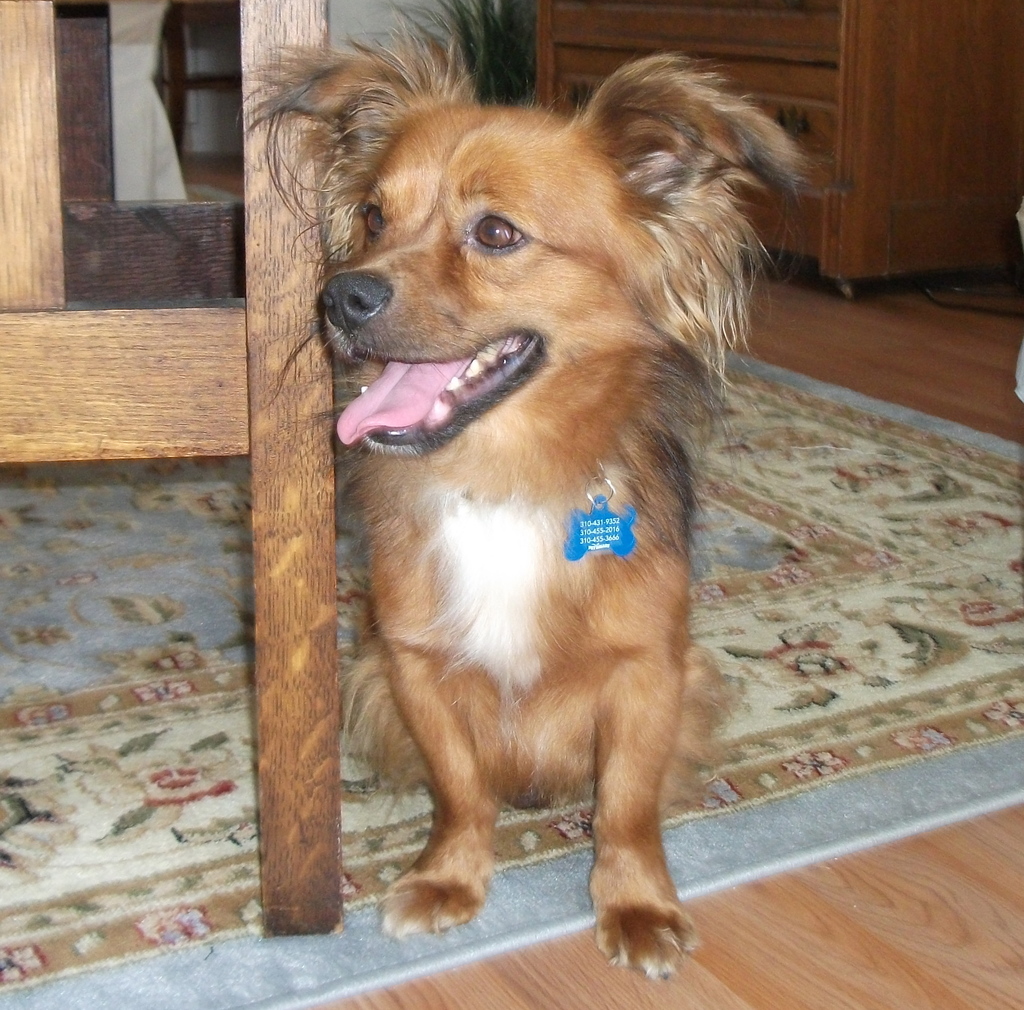 My friend Rik and I went to the dog pound and came home with Steve.  He's a 5-yr old Corgi/Papillon mix and perfect in every way!  Rik is also my neighbor and will come doggy-sit if I'm not home.

Topanga is very dog-friendly and I can bring him to work with me most days.  He curls up and sleeps at my feet while I work.  I got so lucky!  He's been here since…

‎"I mourn the loss of thousands of precious lives, but I will not rejoice in the death of one, not even an enemy. Returning hate for hate multiplies hate, adding deeper darkness to a night already devoid of stars. Darkness cannot drive out darkness: only light can do that. Hate cannot drive out hate: only love can do that."
--Martin Luther King, Jr.

I need it. With a key code.

I had to get a new MacBook after I dumped a big glass of wine on my old trusty black MacBook. Then I bought this cool contraption that converts VHS to digital and straight onto the computer. I have boxes and boxes of precious VHS tapes and it would cost me a fortune to have someone else do it so I was very excited about this.

So it arrived, and I tore it open to find that it works only with Windows. So I went to the Mac Mall and had them install… Continue

I just wanted to make sure you realize what a gem we have on the front page here!

If you scroll down the blog posts, you'll see Jinboy's poem of the same name. Michael adapted it into a music video and his interpretation is really brilliant.

Don't miss it, as he intends to take it down tomorrow.

I think they actually have more rules, but this will do for here, right?

I miss you guys!

You all must be having an activity-filled summer!

Doing My Part to Clean Up the Oil!

I couldn't figure out how to upload this here, so here is the link.

Sometimes the simplest ideas are the best.

I'm hoping someone who matters will see this and get the ball rolling. Like today.

Where is the list? Maybe I'm a dummy (actually, no maybe about it...), but I can't find the challenge list. Help!

Here's a film festival that has great potential. I covered it last year for my local paper. The thought that continually ran through my head was, "the women of the Ark are way more funny than this!" And you are! Please have a look and submit something!!

They had some good workshops on writing, filming, lighting, etc., as well.

All you have to do then is get to LA...you can stay with me!…

Too Early in the Morning!!

I have my 3 sites I click into first thing in the morning...the Ark among them. This morning, although it looked similar, I couldn't find anything!

I guess I need more coffee....

Our application was accepted months ago. We're partial to German Shepherds, so I've been checking the German Shepherd Rescue website every day--not really sure what I was looking for.

Until yesterday. I saw the new photo and knew she was "the one." I was first in line at 11:00 when they opened. Soon 2-year old Lola and I were cruising down I-10. She was curled up sound asleep in the back within moments.

We brought her home, cleaned her up and introduced her to the other… Continue

I always play the "Day You Were Born" video for my kids on their birthday, which is tomorrow (their 14th), and we laugh about what screamers they were, how unrecognizable I was, and we all go "Awwwwwwww" when the scenes of 4-yr old Eric holding them and expertly feeding them a bottle and/or locating the pacifier flash on the screen.

It was a film festival in Venice, CA called "Broad Humor"--comedy films completely written, directed and produced by women. With my press pass, I got free access to the entire weekend's… Continue

Actually, I've been saying this all along. But it doesn't stop me from pulling my computer out every time my butt hits a chair. I often think about the ramifications of all this "online-ness" on my kids. When I was their age, a computer at home was so space age! Offices didn't even have them. (I'm giving away my age here!!)

We are a four-computer family. Three of us live… Continue

that someone will post my birthday collab video tomorrow since it didn't go up on my actual birthday :-)

Seriously. I'm now officially waaaaaay closer to 50 than 40 now. I don't think I like this very much!