From the "virtual warroom"- A tribute to Omegasquad's Philosophy on "ideas"

A: ... sounds like a book title that could actually sell
even if it just had an attractive seductive cover and a decent first chapter
the market is PRIMED for a NEW TEEN Book SERIES
everyones trying and none have taken wings like HP or the vamps.
we need a hook
and a NEW marketing scheme: a conflagerated conglomeration of paraphernalia to SELL
with or without legitimate income, they Want and they NEED to buy more crap!

Add a few layers to the underlying story, and you can suck in a much larger demographic.

Im thinking a mixed fantasy and reality series
Im just waiting to see whom or what will replace HP and the shriveling vamps
I say jump into the fray
you realize, book sales sometimes are only driven by what people WANT to be seen reading on the train.
Damn I wish Oprah hadn't just quit
I think Ill become an author now.. self titled self published author
ain't the internet a glorious thing?
can the remaining 260 pages be blank?
B:  curse alot...have one sex scene (seductive). then all blanks...you are on your way.
get a mediocre artist to draw you some fullpage illustrations, put one line of dialogue on each
replace sex scene with teen longing and you can go that route
add a castle a knight and a dragon and go that route
add a pirate ship and a fair maiden and got that route...
hope this helps
A:  what about sparkling vampires?
B:  yeah...its been done.so you'll have to tweak...make them sparkle okay, but they have to also do something else...like glow in the dark (but that defeats the purpose)...dunno on that one. don't wanna get sued or anything...
A: Sued, My new favorite
B: Yea, theres THAT
A:  Okay, lets go take the safe route and stick with THIS
we change them from vampires
to fairies
no wait, thats been done
How about a cow that is some ancient mythical creature. no..
I gotta get away from trueblood influences..*damn thats a good show
wait, lets look up some mythology...brb
OKAY, GOT it,
its called a Jesus
its a spirit thing that walks the earth in the form of a man
it has special powers but it only reveals them in the presence of special people
in order to be one of these characters we have to have them be somehow attracted to the jesus thing
so we make it walk around creating relationships with the human characters
we give them common names so the reader can identify with how these guys and gals get duped by the jesus
and then we can have a sort of sitcom young acting troupe thing
where they become a 'gang' of sorts
they go to the bar together on friday nights
talk about dating, and have internal conflicts
they question their paths in life..good stuff
and then as soon as they all get really connected to one another
we throw a wrench in the works
this is when the jesus starts creating conflict within the core group
he can do something like "challenging" their commitment
like the sparkle motion thing in Donnie Darko
with me?
This can work with a wide audience and be very marketable
if we vary the ages and cultural ties of the characters
we definitely need a melting pot of sorts. fill the racial quota , sexual preference quota, moral spectrum...etc
now we start getting more complicated and throw in the mythical aspects of the character
make the reader begin to question whether any of the "others" have powers as well
the jesus can say...apparate, conjure objects in order to gain power, loyalty or to threaten the core group members
he can use his powers to drive a wedge between otherwise innocent characters
we can suggest the notion of "mind control", where the jesus appears innocent,
is never seen doing any evil deeds
but people get dead, and bodies start showing up
with no explanation
sudden tragic things happen and there he always is, walking around all innocent like
in the aftermath
maybe connect with contemporary teen interests such as having something glowing, burning, flashing
we gotta give him supernatural abilities
can the dude fly? lets think about that one
if we have him fly, we're gonna have to explain that
is he somehow related to Roc? gargoyles? demons? i dunno.
I gotta think this one through
well, I better get going. This is the kind of thing we need to release at holiday time
sell as many copies as possible
skip town, and buy a fucking yacht.
sail away with the cash...pppfff, "the jesus" what a crock!
then from our island, run the website for merchandising
run some after xmas sales
lets make lunchboxes, watches, ball caps, tees, handbags, mousepads, coffee mugs, CD holders, wallets, shanks?
I dunno. all depends on which demographic eats it up more voraciously
talk to ya later.
think about it, I need a check to get started
come on man. the jesus, its catchy!
and a large proportion of these consumers will be spending uncle sams check to pay for it.
Im thinkin, why not try to get some of my money back

harry potter hasnt had decent competition in a while
and the damn story just wrapped up
the audience is RIPE. lets jump on this train...
talk later...
bai!
B: Yea, its good entertainment, it may even catch on but MEH, why bother. too much work.
I'm going with the Omegasquad Philosophy on this one - "there are just some videos that should NOT be made" and apply it to writing.
A: some ideas are just Bad...lets keep it a comedy video.  Nah, nevahmind..OH LOOK,  A butterfly! 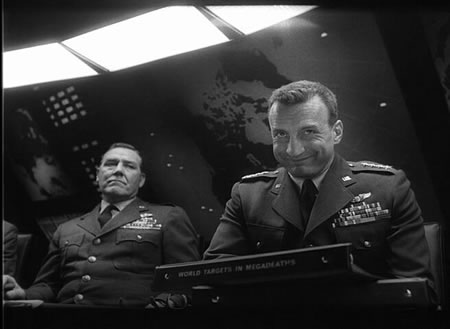 Tweens Girl tweens... You know, like, yah gotta get 'em when they're young, so you can build a brand that will go like 4'evah! Like when they grow up to have kids, they'll share it with their kids... You can make everyone a faux nerdy smartypants, but really they're just cool and kinda hot with like super neat stuff, but just too young to know it yet. And then you have to make sure to add all that empowerment and being your true inner thingie so parents can convince themselves that the underlying message is ok and buy the merchandise. OMG the Jesus character is perfect! You'll get free advertising... and on the nightly news. You just can't buy that shit! And... the island is perfect to get away from the protests and death threats. Wait... wait... get Jesus to run for office, a politician! Oh shoot, wrong demographic, too old... Think tween, think tween... Wait... make him the Jesus that would be President! The second coming..., only he doesn't know it yet but the reader does... Hum... yup, I think it could work!

Oh look... what a pretty butterfly!

@ Marie - YES the Tweens, there's the prime target, escaped me in that email blitz! the parent MUST be sold on it first, then the money just starts rollin' in.   I feelz ya on the escape with your life, advice, can you imagine the death threats? Dawkins gets them regularly.  I forgot to add the "zombies" angle. "The jesus "gets dead somehow and comes back as a zombie, ya know, maybe Joodis turns against him, uses a mirror to ricochet the jesus lightsaber or something. NOW we can make ACTION Packed videogames, with the jesus zombie lumbering around. Oh, President! that holds so many possibilities. Have your people call my people and we'll get into the Warroom....Nevermind, butterfly? what color? I love purple!

But there are a lot of selections I've rejected because I didn't want to be seen reading it.

@ NJ -  I'm glad you're a real lover of books. Maybe it's a NY subway thing but many years of riding, I'd see so many people just engaging in the use of a book as an accessory, part of their outfit or trendy garb. A lot of flirting and single's looking for a mate, I'd imagine. It was innocent, but nontheless kind of hokey. I've also seen the "unimaginable" tucked into a book, standing, and then revealed for shocked riders, bizarro world. You could say Books were often misused on the Subway. So do tell, is there a specific genre you'd hope not to be seen reading?  this could be an interesting comment string.

Been skyping with Adams again, A?

OMG I love you.

@ Chig  - Ha! you'd think, right? We're all business...I guess.  Rams and I have these conversations often.I start with other people but Rams always BITES...with my crazy Ideas, just adding levity to a crappy Day. I've always considered the money one could make opening the Church of Harry Potter , and really considered THAT one, then I recently saw someone wrote a book making a seriously well argued comparison between jesus and HP! its on Amazon...

@RUTH - OMG, I love you TOO! but fear not, I will never write the book...unless as i say, I can have alot of BLANK pages... maybe a short story or a graphic novel. maybe THAT

@Pyper - Glad you liked it, I write all the damn time and never post it. I always just think "wow, I crack mYSELF up"....but if i crack anyone else up, even a little,  maybe I should reconsider....