It was a film festival in Venice, CA called "Broad Humor"--comedy films completely written, directed and produced by women. With my press pass, I got free access to the entire weekend's events. In addition to screenings, there were film-making seminars on subjects such as lighting and editing. Now doesn't that sound fun?! I called my sister and she drove up from Long Beach to meet me in Venice for our fun-filled weekend of female humor.

There was only one problem.

We screened 12 shorts (15 min or less--most were way less) and one feature and attended the lighting workshop. We left by 3:00 and went to a nice little bar on Abbot-Kinney Blvd., watched the too-cool-for-you crowd pass us by, drank too much wine and decided that we could produce a much funnier film than any of the films we saw.

Well, ok. Maybe she and I couldn't, but I thought of at least 10 women off the top of my head who sure could!!! I'll bet you can, too!

Syd, BlancheNoe, Nobodyschild99, etc... (I am intentionally only listing three because if I tried to include everyone, I'd surely leave someone important out) PLEASE go to broadhumor.com and find out what you have to do to be included in this festival!!! I'm an absolute a HACK at producing and editing and don't have a creative bone in my body, but I feel even some of MY earlier videos would have been funnier than what I saw this weekend.

YOU GUYS (oops, girls!) would ROCK this festival.

My local newspaper uses the term "newspaper" loosely. We're mainly about community support and "news" that directly affects our little slice of heaven here in the mountains of LA. So my new challenge is writing an article that supports this venture while somehow skirting the fact that I saw very little humor in it this year!!!

So ladies, get busy (you probably have films already done that you could submit!!) and come stay with me next year while we attend the screenings of your films, ok?!

I'll even do an article!

Comment by SydTheSkeptic on June 17, 2009 at 6:41pm
Rams- DUDE..! Chig-in-drag still gives me nightmares, hey but whatever floats ya funny boat...

Darn, no vids. What's that about...? People make little shorts and then they keep them all to their little festive-al-selves until someone pays submission admission. This stuff needs to be SEEN!

Comment by SydTheSkeptic on June 17, 2009 at 7:33pm
YEah, they're not there Suz. They just keep 'em for the festivals, isn't that silly? We're so used to servin' it up fer free. What's the matter with us funny gals...? YOU included, funny gal. 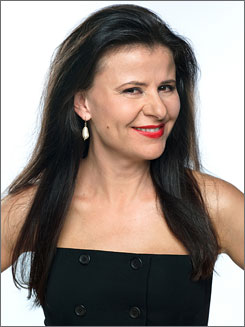 Comment by pendragon on June 30, 2009 at 5:09pm
Howdy JustAnotherUserName
Greetings from Not-Europe
I nominate motc.

Comment by BlancheNoE on June 30, 2009 at 7:00pm
I too nominate the 14 year old girl from Nepal (MOTC). Why haven't we seen him in drag yet ?
I also second Sara's assertion that you, Ruth, are VERY creative.

Comment by SydTheSkeptic on June 30, 2009 at 7:16pm
Third that. And another vote for Douglas. Vaguely script it and they will come.

Comment by luvdabun on July 3, 2009 at 8:01am
morning. Jim picked a excellant group to add. The too cool for you crowd, lol lol thats funnee. I know that crowd. They fit in the chain next to the *pretty people*. Deep sigh... ahh to be perfect... TOO boring.
bunnies rule