Art Every Day in August - Day 1 Art Every Day In August

Tomorrow is August 1st.  I plan on creating one piece of art each day in August.  I don’t know what it will be or if it will be good, but I want to work on being more creative and this is how I am going to start.  Would anyone else like to join me? 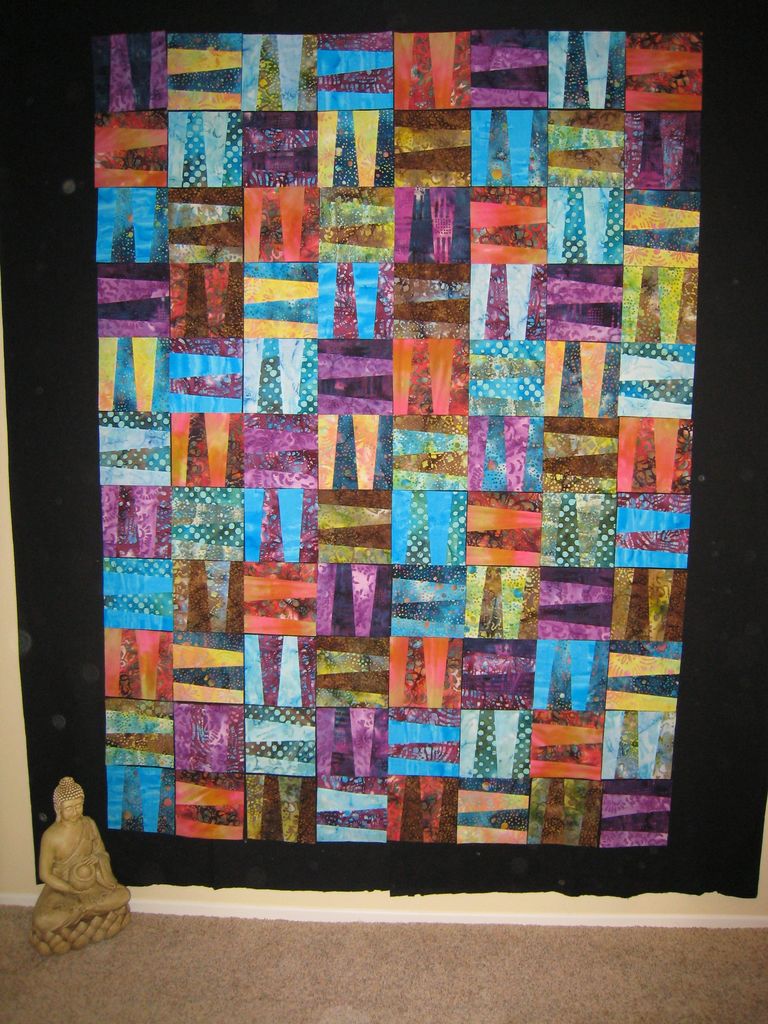 My husband helped me staple flannel to the wall in my sewing room.  I was able to lay out all of my squares for quilt number two.  I decided not to add sashing so now I just need to start sewing the squares together.

My first quilt, thanks to Tree for the inspiration. 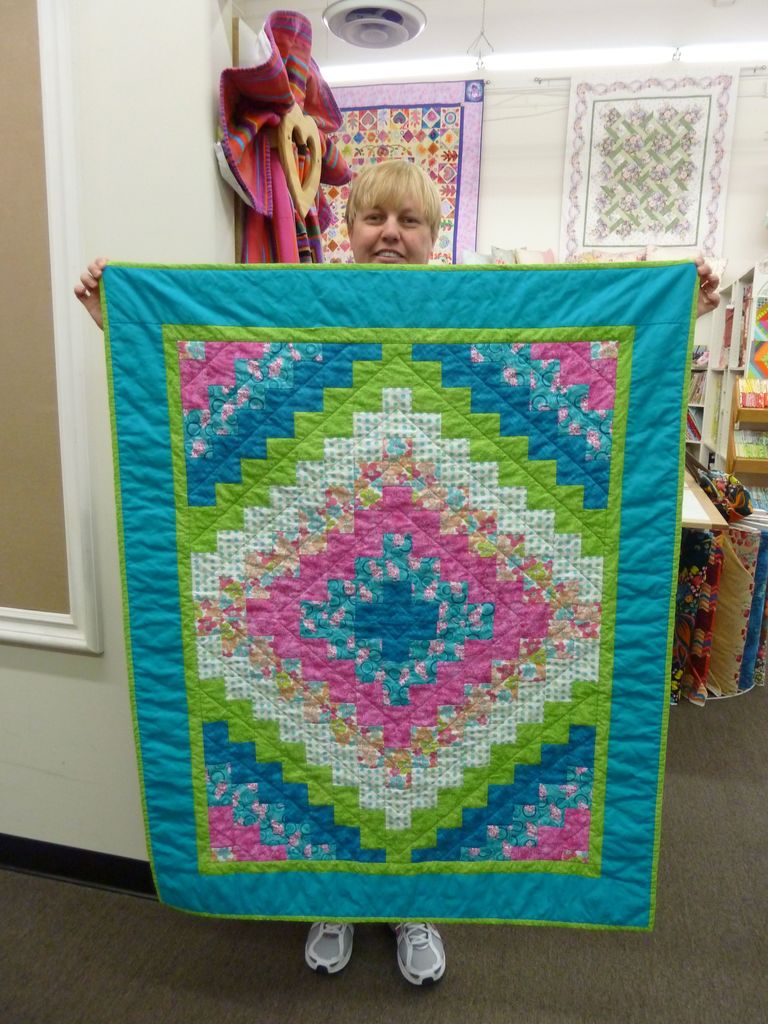 I saw this video over on Vimeo.  It is a computer animated short with beautiful details, reflections, lighting, etc.  It needs to be watched more than once to catch all the interesting elements.https://vimeo.com/36296951

GOTYE has done it again.  Another amazing video.

http://youtu.be/8UVNT4wvIGYHas anyone else seen Gotye's new video of the song "Somebody I Used To Know"?  I am obsessed with it.  I LOVE the song and the video is mesmerizing to me.  Maybe it's his gorgeous eyes, or the background art or maybe there is a subliminal message making me play it over an over.  When I first heard the song on the radio I thought it was Sting.  I love him too. If you haven't seen it you should check it out.  …

Has anyone heard from Tree?

I was just wondering if Tree is still in India. Has anyone heard from her since she left?  I hope she returns with lots of cool footage. I think she is there learning a new quilting technique.  I can't wait to hear all about it.

Is it okay to bitch about YouTube over here on the ARK?

Do any of you still hang out on YouTube? I need to know what the heck is going on over there and I can't figure out how to contact YouTube to ask. Whenever I watch a video in my subscriptions list I have to click a button to keep it from auto-playing the next video in my list. This is very annoying. I have to click the button every time I watch a video! PLUS, I cannot see the list of response videos and there is no longer a side dialogue box with links and info about the video. Did I mess up my… Continue

I Think I Have Commitment Issues

I have been working as a temp for the last six months and everything was fine, but two weeks ago I was made a permanent employee and now all I can think about is how badly I want to quit. I just want to stay home and make papier-mache monsters or something crazy like that. Is there a market for papier-mache monsters?
:-)

I highly recommend this show. It is so clever and so funny. Do not take the kids though. It is definitely R rated.

I fell asleep early tonight, but then I dreamed that I was underwater and couldn't breath. Now I'm sitting at the computer sucking on a Halls cough drop and reading blogs. I hope I didn't catch a cold from one of the dudes in my dance class. Maybe it is just my allergies. I think I will take a Benadryl and try to go back to bed. Goodnight bloggers.

The Online Filter or Seeing Beyond the Smoke

One of my earliest memories is of my Mom chasing me through the house trying to get me to take my medicine. I had Bronchitis and had to take this syrup stuff that was orange flavored and I hated it. To this day I cannot drink Orange Crush because it tastes like that medicine. I had Bronchitis at least once a year from the time I was two until I was 20. Bronchitis makes breathing very difficult. It feels like there is an elephant standing on your chest. There is much coughing and phlegm (I hate… Continue

As I watch videos online there are many times when I say to myself "Man, I wish that (insert vlogger name here) was my neighbor." There are so many people that I watch that I think are so smart, so funny, so thoughtful, or so artistic, that wouldn't it be great if they lived on my street and we could hang out and really get to know each other. But the truth is, if they were my neighbor, we would probably just see each other occasionally as we put out the trash cans or mow the lawn. We would say… Continue

Kids Get All The Cool Stuff

I just got the Pottery Barn Kids catalog in the mail. I'm not sure why I got it, because I don't have any kids, but I am feeling very jealous right now. In this months catalog they have these really cool sheets with The Cat In The Hat on them, BUT THEY ONLY COME IN TWIN SIZE! Why doesn't anyone sell sheets in king or queen size that have fun stuff on them. I for one would buy them. Target does the same thing. They sell these awesome sheets with Buzz Lightyear or Star Wars on them, but only in… Continue

Today I Fly the Flag with Pride

For the first time in eight years I fly the American flag from my balcony with pride. Today we welcome a new President and a new era of hope for our country's future. I feel hope. I feel excitement for the possibility of what this country can accomplish. With the economic crisis comes the opportunity for great change, and I for one am ready to embrace that change. Three cheers for President Barack H. Obama.!

The Art of Procrastination

If there is one thing I am good at,* it is procrastinating. I will write more about this tomorrow.


* I'm not good at grammar,** so I don't know if this comma is used correctly.

** I don't know if this one is used correctly either.