Félix Fénéon was a terrorist and an art critic over a hundred years ago. For a few years he wrote several short news items every day for a French newspaper. They are characterized by humor, detachment, deadpan horror, and mystery.

I tried, at one point, to think of a way to use them in a video collaboration. My general thought was to introduce randomness--you pick your 'novel' out of some kind of virtual hat or someone else picks it for you and then you create some sort of video accompaniment.

I think it would be against the Fénéon spirit to insist that you match your imagery specifically to the story. Unless you wanted to. 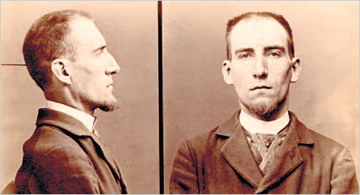 Anyway, I don't think I'm going to do anything with this project for a long while but here is a sampling of the Three Line Novels:

A dishwasher from Nancy, Vital Frérotte, who had just come back from Lourdes cured forever of tuberculosis, died Sunday by mistake.

A complaint was sworn by the Persian physician Djal Khan against a compatriot who had stolen from him a tiara.

Scratching himself with a revolver with an overly sensitive trigger, M. Eduard B. removed the tip of his nose in the Vivienne precinct house.

The sinister prowler seen by the mechanic Gicquel near Herblay train station has been identified: Jules Ménard, snail collector.

Formerly the magistrates of Toulon enjoyed interrogating Jeanne Renée about espionage, but nowadays the subject is opium.

“I could have done worse!” exultantly cried the murderer Lebret, sentenced at Rouen to hard labor for life.

Because his piety had become overly ardent, the mayor of Saint-Gervaise, Gironde, was brought before the court. He was relieved of his duties.

Sixty-year-old M. Bone, of Andigné, Sarthe, had, when drunk, so badly beaten his maid that he was to be arrested. Irked, he hanged himself.

An identified maker of paste jewels from the third arrondissement was fishing in a boat with his wife at Mézy. She fell. He dived. Both gone.

Chig's idea for a collaboration brought all this back. 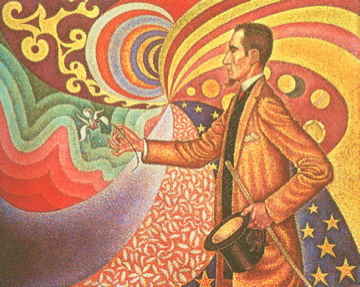 At the Trianon Palace, a visitor disrobed and climbed into the imperial bed. It is disputed whether he is, as he claims, Napoleon IV.

All of the lead intended by M. Pregnart for the partridges of Alluets-le-Roi was instead taken by his friend Claret, in the rump.

A beauty of Angers, Egénie Grosbois, 23, was strangled on her hazardous bed by an unknown person.

There is no longer a God even for drunkards. Kersilie, of Saint-Germaine, who had mistaken the window for the door, is dead.

Discharged Tuesday by his employer, 13-year-old Godillot, of Bagnolet, has not dared go home. Go there, son; they’re waiting for you.

Seventy-year-old beggar Verniot, of Clichy, died of hunger. His pallet disgorged 2,000 francs. But no one should make generalizations.

That Style of newslike horror-writing seems right up Amy's alley, I'd say. I could hear hear her voice reading them to me for some reason.  did you say "terrorist"?  Geesh, *adds that to my "lookup" list.

He was accused but never convicted of a bombing in the 1890s (he was an anarchist and the 1890s were the high tide mark of anarchist terrorism). I read somewhere that the consensus is that he was probably guilty.

I think most of these news stories were written for Le Matin around 1906. People right away recognized that this was a different kind of journalism but I don't think they were all collected together until later.

Now that you mention it, I can hear Amy reading these snippets out loud.

Formerly the magistrates of Toulon enjoyed interrogating Jeanne Renée about espionage, but nowadays the subject is opium  :D