Now the big plan is to figure out what next year's big ticket item will be to give me at least one more mild winter before I'm drained dry and someone else has to pitch in. I've narrowed it down to a customized snow mobile or a dog sled and a dozen hungry shoe chewer uppers. Either way, I'm willing to take one for the team to ensure that I don't need either one for at least one more winter. 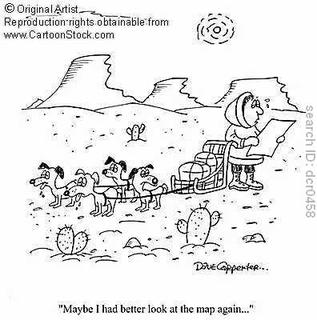 I went to Vegas a couple of weeks ago, hence the late posting of this blog. Do not think it has been lost on me that I'm already a couple of weeks behind on my pledge to do 52 blongs is 52 weeks. Nay, Nay! I will make them up as promised. The 52nd blog to be delivered, most likely with little ceremony the last week of 2010. That may  mean 2 at a time occasionally, but I figure as long as I do 52 the rest is semantics. No?

So, the training in Vegas was freakin' AMAZING! I got to do an impromptu photo shoot with a bunch of models. I don't really like to shoot people (ok, maybe a co-worker or two from time to time) but when someone else does the hair, makeup and lighting it kind of takes the edge off the project. I'll post a few of the pics eventually, although unless you're into hair you may not catch the vision.

I'm always so hyped up when I'm in the room with 900 other people who get my jokes. Speaking of which, here's my funny for the week:

And, my favorite quote of the week: "If at first you do succeed, try not to look so bloody surprised!" Robert Cromeans. This is an important one because I'm surrounded by mirrors at work and can't hide a damn thing.

I like quotes. I write them on the white board in the dispensary at work just to annoy the Whiny McWhinersons. Much like slamming drawers and doors when some poor slob is suffering a weekend bruising from a beer bong. I swear, that cracks me up! I wonder occasionally if I'd think it were so funny if I had ever had a hangover, but only for a moment. We're all a bunch of pranksters though so I always get my paybacks. I think that's why I do it. I love getting paid back. Makes me feel like part of the team.

With that, I'll leave you with this thought: Indecision is the key to flexibility - anonymous

I was at the airport in Des Moines back in the 80's.  I could swear the pilot was also sweeping behind the ticket counter. not kidding.

Your travels sound exciting.  I have a friend that travels a lot for her job and she says it sounds better than it really is.  Course, she's not doing models hair, she's programing computers...ha

You have some blogs to make up for.  I'm loving the prospect of you having a ton of blogs at once on the ARK.  Can't wait :0)

I have never in my life had an ice cream headache. How much I would prefer to say that I've never had a hangover.

Two done, fifty more to go. Me an' Pyper are keepin' count. I hope you enjoy Des Moines. Remember, folks are always mistaking Iowa for heaven and for good reason. Which makes me think Nebraska must be the pearly gates.

NO. I am not being sarcastic.

Comment by Dana (scribblers sanctuary) on February 6, 2012 at 1:37am
Pyper & NJ - I love the travel. Enjoy every minute of it. I have several blogs in the works, the most important of which concerns the very recent loss of a dear friend. I have some time coming over the next couple of days so I'll post soon.

It's too cold for Heaven! I'm sure Heaven must a be perfect lazin' by the ocean in the sun temp. If it isn't, I'm not going.