I did not need to hear their side of the story. I couldn’t even imagine that there were circumstances that would let my own conscience get away with such a thing. In my mind, there was no possible justification for what these people were doing.


Before I left on my hundred-mile journey to pick up Mister, my latest foster dog, I was asked by the rescue organization if I would mind transporting a dog on my way. Terry was a 15-year-old dog who was being surrendered by a couple in Oakland. They had two dogs, and they had just bought a condo in Chicago where they would only be allowed to keep one pet. So they decided to keep the younger one.

And discard the older one, their friend of 15 years, like a used-up toy, I thought. When I called them to get directions and set up a time for the pick-up, I knew I wasn’t trying very hard to keep the edge of contempt out of my voice. I didn’t give a shit if they picked up on it.

Their neighborhood was an older terraced tract on steep hillsides. All of the houses had a flight of stairs serving as a porch, with small yards sloping either uphill or downhill, like mountain houses. Instead of stairs, this couple’s house had a bridge between the front door and the street. It was a wheelchair ramp.

They greeted me in a tight little front room. Terry slept soundly on the floor and didn’t flick a hair when I rang the doorbell. Is he deaf, I asked. No, they said, just a sound sleeper. The old man nudged Terry and Terry rose to meet me with slow enthusiasm. The dog had a limp, the old man explained, because he’d accidentally run over Terry’s paw the day before with his motorized cart.

The only furniture in the room was a hospital bed. Next to it was a hospital nightstand with all the things a sick person likes to have handy. But the old man had greeted me from his wheelchair. He was about two sizes too big for it, and it was a few moments before I realized that one of his pant legs was empty.

His wife came in shortly. She was nearly blind, and I realized after just a few minutes of talking to her that most of her memory and mental capacity had left her. But between the two of them, they told me Terry’s life story, and why they had to give him up.

The “condo” in Chicago was actually an assisted-living center, one that had amenities they needed to make their lives physically easier. They introduced me to Anna, the other dog that, unlike Terry, would be going with them. Anna was a lot smaller than Terry, easier to lift and handle than the old boy who was starting to need a lot of lifting and other care.

They gave me six full grocery bags of Terry’s “belongings.” Terry had been one pampered fella during his years with them. He owned bags and bags of expensive and whimsical dog toys, grooming equipment, hair products, and kosher dog food. They had treated and loved him well.

Up to the point I rang their doorbell, I had been grieving for this dog, Terry, imagining what he would be feeling when he was taken away from his family of 15 years. But when I left them for five minutes so that they could say their goodbyes to Terry in private, my tears were mostly for the couple. It seemed like a tragedy all the way around.

But perhaps not so much for Terry.

When I arrived at the house of the foster-dog rendezvous, it was buzzing with a dozen people who were there to deliver dogs or take dogs home. When Terry walked in, all activity stopped and everyone, people and dogs, turned their attention on him. He loved it. After spending two hours in Terry’s company, I was a little in love with him and about ready to adopt him myself, but I was introduced to Elizabeth and Martin, the couple who were taking Terry in.  They were introduced to me as the organization’s “special angels.” They exclusively fostered hospice dogs, the ones who were either too sick or too old to place permanently in new homes. Elizabeth and Martin give their home to one hospice dog at a time, shower them with love for the remainder of their days, and make every one of those days filled with comfort. Terry took to them immediately. Terry had to be lifted into my car when I left his house, but when Elizabeth and Martin were ready to go home with him, Terry sprang into the backseat of their SUV with a rediscovered agility. He looked truly happy and miraculously younger when I kissed his head farewell.

A friend here at the Ark tells me all the time that animal abuse is not nearly so prevalent as we’re lead to believe by the media. For every abuser we hear about, we don’t hear about the millions of ordinary people who go out of their way to make existence easier and kinder for animals. Those people are the norm. I know that she is right. And now I have the examples of Elizabeth and Martin as proof.

As for myself, I have always tried to refrain from withholding judgment until I know the full story behind an event or action, because I keep learning over and over again that things are always more than what they seem to be on the surface. My experience with Terry’s owners was the same humbling lesson all over again. Maybe someday, I’ll actually get it.

Terry from NatureJunkie on Vimeo.

I love happy endings! Elizabeth and Martin are amazing people! I don't think I could face it.

When our cat Littl'Bits died we had her cremated at the local shelter so we could bury her at the cottage with her brother Pretty Boy. The staff gently probed whether we would be willing to take on a new family member. The stories were much the same, beloved cats and dogs surrendered after an illness or death. We were thinking about it when Wee Kitty came into our life and we were spared from making a decision.

In my work with our county animal shelter last year, I also saw the same thing: so many animals surrendered when an owner passed away, got foreclosed on, or had to give up independent living. But I was deeply surprised to find out that there are many, many people who are willing to adopt senior dogs and cats. One of the most successful rescue organizations in the Bay Area is Muttville, an organization that places senior dogs exclusively.

Like you, I've also given thought to "hospice" fostering. I'm not afraid to love a senior dog. In part because my soul mate dog died young, so adopting a young animal is no guarantee that you'll have any longer with them than with an older animal, and in part because I was inspired by Chig's experience with his dog Ruby last year. If you adopt a puppy or a kitten, you hope that they grow old, so what's the difference if they're old when they first come to you?

I love this story, NJ.  I really do.  I make monthly payments to humain society.  Not because of heartbreakingly sad commercials they run - I can't bare to watch um - it's because I hear stories of good people doing great things for animals - That is what kick starts my desire to help and donate. (if that makes any sense)

This story has truly touched me.  You know I'm a sapp for the animals.

FYI - Don't think for a second that you fooled me with that *kiss, kiss, kiss* noise you made to Terry at the end of that video.  That was a slick cover for the lump in your throat.  :0)

Comment by Marie on July 27, 2011 at 8:04pm
Our cats have all been rescues (health issues or abuse) and came into our lives with no effort on our part - we got a call. I don't think I could do hospice fostering... But, but.... We're now thinking that we could responsibly add a dog to our family... I expect the phone will ring about one that needs a new home and we will not be able to say 'no' whatever the circumstance. *chuckles* It had better be water friendly.

Comment by flophousepoodle on July 31, 2011 at 5:58pm
Absorbing this. Beautiful. 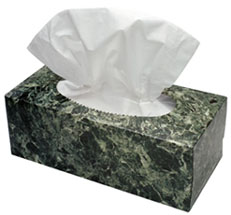 Comment by NatureJunkie on August 1, 2011 at 6:26pm
@ Kevin: I felt terribly sad for that couple too. One of the saddest parts of having to give up independent living, for me, would be giving up my animal friends. I think this couple was fortunate in finding a place that allowed them even one pet. I wish allowing pets in those facilities were a standard--the companionship would enhance the quality of life so much for people who have mobility problems.