again. another legit blog. zomg! how are you managing this, kate?!


I just wanted to give yall a smidge of an update on my life. I suppose I'll start with school. I dropped Joan Cusack's class. Finally. I get to sleep later because of it, too. Secondly, I took my first test in poli sci and didn't do so well.. Thirdly is something I'm really proud of. I've constantly struggled with the way I write. I'm a junior in college and I've taken English 101 (freshman composition) three times. The first time I failed it. The other times I dropped it. It all boiled down to the same reason--I think I write like a three year old. When it came down to turning in my first paper, I was nervous. So nervous. Our teacher has us turn it in online on a message board and we have to print out a hard copy to bring to him when we have a conference about the paper. When it came my time for my conference, I was almost in tears because I was so that he was going to be repressing laughter when he read my paper. The assignment was to write an open letter to our classmates about something we believe in. I knew basically what I wanted to write about when we got the assignment, but didn't really have anything pinpointed that I wanted to say. I ended up writing about how I think art is something positive that more people need to be exposed to. I think the world would be a more positive place if someone would choose writing a song over shooting someone because they cut them off on their way to work in the morning.

I'm leading way from what I'm trying to say. My teacher reads through the assignment while I'm holding my breath and looks at me and says "You're a very strong writer. I like what you write and the way you write. I rarely see anyone who writes like you." Wow. Never in a million years would I have seen that coming. "Really?" That's all I could bring myself to say. Followed by "'Cuz I think I write like a 3 year old." He then just pointed out some stuff in paper that just happened to be computer typos and told me to make it a little longer and that when it came time to write my memoir paper that I should write about my sister's accident.. He said "My one goal this semester is to make you more confident in your writing. That's my only goal this semester." Wow. No words will describe how wonderful that moment was to me. I believe if class wouldn't have started, I would have cried.

I'm going to move on now. I started working 40 hours a week. UGH that's a pain and a half. I never really have a day off between work and school. I like my job, though. I really, honestly love working at The Home Depot. I learned how to make keys the other night at work. I was overly proud of that feat. I also got mentioned on our customer survey TWICE for the first time this week. Some people have been working at the depot for years and still have not been mentioned on the VOC. One of our managers even told me how much customers mention positive things to him about me to him. Just wow. That makes me really kind of happy. =)

Tonight. I went to go see a play tonight. The Servant of Two Masters. It's a Commedia d'ell arte piece. For those of you who don't know, Commedia is like the beginning of improv based in ...oh IDK, I'd say pre-medieval times. It comes from Roman origins. This play was actually written in the 1700s and based off Commedia characters. The director knew some people who wrote the new translation of it, and thus this wonderful production was born. The actors were all amazing. My best friend was in the show as well as several other people I've acted with. All in all, it was the who's who of my school's theatre department minus a few plus one or two new fellas. I had a great time.

Okay. I know. Lengthy blog. I'm shutting up and going to bed now because I have to be up at 5 AM.

Comment by SydTheSkeptic on February 20, 2009 at 1:57am
Wow!! You have lots to be proud of! That sounds like a wonderful teacher! I used to think all throughout my public schooling that I sucked at math...until I had one teacher in college who actually taught in the way that I learn best, and it all opened up for me. Sometimes that's what it takes, is to get the right teacher. 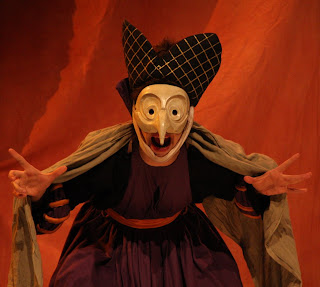