Inspired by BlanchNoE's comment regarding the painfully underrated movie 'Hanna', I decided to type up this list which I have kept and refreshed for myself since the 90s. Some of these titles have been on the list for a long time. With this fast cut/shaky camera fetish that directors have these days, it's hard to find a scene that's well done. Anyway, here's who and why:

Adams' Top Ten Most Impressive Action Scenes Of All Time

Spoilers and strong language ahead.

10. Roland Emmerich, Godzilla, 1998. This movie is one of my guilty pleasures. I know the movie sucks, but, DAMNIT, it’s entertaining. Sean Reno and Mathew Broderick get chased down the streets of Manhatten by a 200 meter tall lizard with a personal grudge against them. Unlike Emmerich’s previous feature ‘Independence Day’, the fx still look amazing to this day and one will not see a more exciting “car” chase on film. It also says something about the quality of those taxis, they really can take a beating. Hats off.

09. Joe Wright, Hanna, 2011. Eric Bana fights 5 CIA agents (or some such) simultaniously. The premise isn’t amazing, the execution is. The shot begins with him entering a subway station (or some such) getting surrounded by 5 guys, kicking their ass while the camera moves through and/or around the action until he leaves the scene. Not cuts or edits. Damn.

08 Quentin Tarantino, Kill Bill Vol. 1, 2003. Uma Thurman singlehandedly fights the “Crazy 88”, a gang of Samurai swordsmen. Of course they’re not really 88. They just named themselves that cuz they thought it was kinda cool. Anyway pretty damn impressive. I know from personal experience how hard it is to do this not only against so many foes but also in a way that is not repetetive and keeps your interest. Tarantino said that directing action is where you prove that you belong in the chair. I accept your proof.

07 Christopher Nolan, Inception, 2010. You know you’re dealing with a brilliant movie maker when even the action, which is supposed to be mindless fun, makes you use your brain. “Oh cool! A fist fight! Wait, why are they fighting on the ceiling all of a sudden? OH!” Show me another movie with a fight in a reality with a shifting center of gravity that is as well done as this one. I dare you.

06 Steven Spielberg, War Of The Worlds, 2005. A giant alien tripod emerges from the ground and starts vaporizing people. Through all the chaos, Tom Cruise runs for his life. Now it’s always entertaining to watch Cruise run for his life. But watch closely what the camera does in that scene. Not that spielbergesque brilliance in shot planning isn’t noticable throughout the movie (just watch the scene on the highway closely) but how this plays out is breathtaking. Now I'm sure, there has to be a cut in there somewhere. Haven't found it yet. Ol’ Steven must be a good multitasker, having 50 things going on at once in a single shot… fucked up.

05 Kurt Wimmer, Equilibruim, 2002. Specifically for the showdown between Christian Bale and Angus Macfadyen a fighting style named “Gun-Fu” was invented. Yes. Gun-Fu. I rest my case.

04 Zach Snyder, 300, 2006. Stelios (Micheal Fassbender) and Astinos (some dude whose name I don’t remember) do synchronized hack and slash on the battlefield. Almost like violent poetry. This scene is what I call a cigarette waster. Cuz if you happen to have lit one prior to it, when it’s over you realize that it has burned down without you inhaling once. You could not tear yourself away from the screen. Happened to me, true story.

03 Joss Whedon, Serenity, 2004. The Alliance fleet vs. the Reaper fleet and the little old Firefly in the middle of it all. Most amazing vfx fest I have ever seen when it comes to space ship battles. Actually the vfx team deserves more credit than the director on this one cuz  Whedon himself said “The script just said ‘ship gets hit by EMP’ and THIS IS WHAT YOU MADE OF IT?! JESUS FUCKING CHRIST!” He didn’t say the jesus fucking christ bit. That was me. Anyway, suck on this, George Lucas.

02 Zach Snyder (again), Sucker Punch, 2011. Three girls armed to the teeth vs. 24 gun slinging robots. You don’t even get to light a cigarette with this one. Hand guns, shotguns, automatic weapons, sword play, fist fighting and beating the shit out of the enemy with blunt objects, this scene’s got it all. Snyder does know his action and how to use slow motion in the most effective, experience enhancing way possible. Also HOTDAMN thanks to this scene I got a crush on Sweet Pea cuz who doesn’t like a woman who can handle a shottie.

01 The Wachovski Brothers, The Matrix Reloaded, 2003. I imagine some moaning in the vfx department when the brothers said “What if we had Neo fight 300 Agents Smith at once? Wouldn’t that be cool?” Just when you think the fight is over one Agent Smith goes “More!” Also I found it to be very inspirational that Neo wouldn’t quit the fight even when the odds weren’t exactly in his favour. “A hundret more of you guys? ‘k, I’ll just grab this ‘no littering’ sign and whoop your identical asses that way.” Unbefuckingleavable.

Personal opinions only of course. None of this represents the opinions of the studios or George Lucas.

Well, chig, looks like i forgot to put that in the "honorable mention" section.

Now I really can't wait to watch Hanna. The continuous action sequences in Children of Men were mind blowing.

Thank you BlancheNoE!!! The husband and I are planning to watching Hanna together this Sunday.

I'll have to revisit The Matrix Reloaded now ( I own it ). Kill Bill 1 did have some awesome fight scenes.

...and it looks like there's a few I need to see. I *do* have a soft spot for a short film I saw recently called

1, 2, 4, 7, 8..I'm right there with ya, with a particular emphasis on Inception and SuckerPunch, my latest repeat indulgences. I'm seeing Hanna this weekend and only seen parts of Equilibrium (so very Matrix-like). I really have to start keeping lists. Oh wait, I have lists, but they're more like  "death pools".

@ Marie - Wow! That was the first thing I thought of after reading. I was Totally blown away watching COM, like Wow, did they just DO THAT from a bomb in the street with no cuts? All I could think of is the number of people involved in making those scenes happen flawlessly.

@Blanchie - Girl, I'd love to see you jumping running slashing shooting again. I wish it for you everytime I feel good and I'm dancing, I want to share it with you....take my knees when they are well. Take one and I take the other. We'll doubleteam the badguys....  sometimes dreams come true...I'll keep waiting. 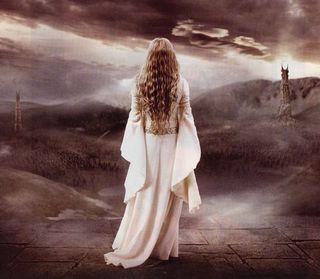 @Blanch: I always thought you to have an impeccable taste in movies. I wasn't too impressed with The Vault though. Looked like some dude wipped it together after hours on his home PC with a version of After Effects that had half it's functions missing. I liked the lead actress though. She is seriously bad ass;-)

@Marie: CHILDREN OF MEN! Yes, indeed mindblowing. I get a headache just imagining the amount of planing and rehersing that went into those sequences. Usually at the end of one of those 10 minute shots someone will make a mistake and back to the beginning we go (I know what I'm talking about ;-) ). Incredible. I didn't count any of it under action though, the events in any given scene were too slow or too far apart for me to call it action. I'd rank it under "tension". I'm picky with my action flicks ;-)

@ThatGirl: I have a weakness for Matrix-likes. You may have picked up on that occasionally ;-)

I saw Kill Bill Vol. 1 in the presence of Pyper. After Uma walked away from the bloody mayhem of having single-handedly dispensed with the Crazy 88 (a scene that looked like the Gettysberg battlefield, mind you), I just looked at her with a smirk.

She said, "What? It could happen."

Years ago I helped a friend who was a film student on the production of her little film. We spent several hours trying to get the movement and timing just right on a scene where a waiter grabbed a French fry off of a passing plate that another waiter was delivering at the moment he said a particular line. So simple, yet so freakin' hard.

Ever since then, I have a deep appreciation for the choreography that goes into creating action scenes. There's no other word for it but choreography, unless maybe it's magic.