Chig posted these. Send complaints to him or make him cut down a cactus.

Alabama
It’s illegal to wear a fake mustache that causes laughter in church.
Damn. My urge to do that has just trippled.

Arizona
Cutting down a cactus may earn you a twenty-five-year prison term.
I hope you're paying attention, Chig.

Arkansas
It’s illegal to mispronounce the name of the state of Arkansas.
Best avoid pronouncing it altogether.

California
You may not eat an orange in your bathtub.
Vitamins? They should be illegal.

Colorado
It’s unlawful to lend your vacuum cleaner to your next-door neighbor (Denver).
So the guy two appartments down the hall is ok? Makes sence.

Connecticut
A pickle cannot actually be a pickle unless it bounces.
It's a law of the universe. Only Connecticut has the courage to make it official.

Delaware
It’s illegal to get married on a dare.
I would personally end that sentence three words earlier.

Washington, D.C.
It’s against the law to post a public notice calling someone a coward for refusing to accept a challenge to duel.
How 'bout pussy or sissy nana booboo?

Florida
If you tie an elephant to a parking meter, you must pay the same parking fee as you would for a vehicle.
Good. My giraffe is remains the cheapest means of transportation.

Georgia
It’s illegal to change the clothes on a storefront mannequin unless you draw the shades first.
They must have some ugly mannequins in Georgia. Or some really detailed ones.

Hawaii
All residents may be fined for not owning a boat.
Dry Land exists! I have seen it!

Idaho
A man must not give his sweetheart a box of candy weighing fewer than fifty pounds.
So that his sweetheart may one day weigh the same as 8 boxes of candy.

Illinois
It’s illegal to take a French poodle to the opera (Chicago).
Again a sentence that needs to be shortened by 3 words.

Kentucky
Every citizen is required to take a shower once a year.
Oh I can just feel my water meter spinning.

Maine
If you keep your Christmas decorations on display after January 14, you’ll be fined.
Now here's a law I can get behind. Much too tame though.

Maryland
It’s against the law to wash or scrub a sink, no matter how dirty it is (Baltimore).
I am a model citizen of Baltimore and I have never even been there.

Massachusetts
No gorilla is allowed in the backseat of any car. Michigan
A woman may not cut her own hair without her husband’s permission.
Note how it doesn't say anything about cutting her husband's hair. While he is asleep.

Minnesota
It’s illegal to paint a sparrow with the intent of selling it as a parakeet (Harper Woods).
I just like painting sparrows, man! Can't a guy have a hobby?

Mississippi
Walking a dog without dressing it in diapers is forbidden (Temperance).
Sometimes old, bitter people with too much time on their hand do win cases in court I see.

Missouri
Children may buy shotguns in Kansas City, but not toy cap guns.
Makes sence. Who the hell are you gonna shoot with a toy cap gun. It's pointless.

Montana
It’s a felony for a wife to open her husband’s mail.
Proposed by a man who just lost half his assets because of it.

Nebraska
Bar owners may not sell beer unless they brew a kettle of soup simultaneously.
Is that beef stew? The law says soup. Sorry, sir, but you're gonna have to come with us.

Nevada
It’s illegal for men with mustaches to kiss women.
I'll just stay the fuck away from Nevada then.

New Hampshire
It’s forbidden to sell the clothes you’re wearing to pay off a gambling debt.
While the house always wins, passers by might occasionally loose their appetite. Legislators had to act.

New Jersey
It’s against the law for a man to knit during the fishing season.
Strike the last four words here.

New Mexico
Females may not appear unshaven in public.
Word.

New York
While riding in an elevator, you must talk to no one, fold your hands, and look toward the door.
Spiderman, you're BUSTED! Don't give me that look.

North Carolina
It’s against the law to sing off-key.
Mindwipe's from the UK, right? Damn.

North Dakota
It’s illegal to lie down and fall asleep with your shoes on.
It's for your own protection. I guess.

Ohio
You must honk the horn whenever you pass another car, according to the state’s driver’s education manual.
Nobody's getting a good night's sleep in Ohio.

Oklahoma
It’s forbidden to take a bite out of another person’s hamburger.
All or nothing, bro.

Oregon
State law requires dishes to be drip-dried.
Hmmm. Drip dried dishes. Wait, what are we talking about here?

Pennsylvania
It’s illegal to sleep on top of a refrigerator outdoors.
Take your perverted fridge loving ass out of my sight, scum.

Rhode Island
You may not bite off another person’s leg.
"WTF, dude? There oughta be a law against this shit. *browsebrowsebrowse* AHA!!!"

South Carolina
If a man promises to marry an unmarried woman, he is required by law to keep his promise.
Also, while not required by law, staying sober is highly recommended.

South Dakota
It is illegal to lie down and fall asleep in a cheese factory.
Precedent: Man walks into cheese factory. "The hell is that smell?! AWWW! Get the fuck outa here!"

Texas
You may not shoot a buffalo from the second story of a hotel.
What about grenades? srsly, I'm not standing up.

Utah
It is illegal not to drink milk.
In Utah, lactose intolerance is being treated the same as any kind of intolerance. It will not be tolerated.

Virginia
Tickling a woman is unlawful.
Want me to stop? Make me.

Washington
It’s illegal to pretend that one’s parents are wealthy.
This law proves that even poor people are able to give birth to perfectly good douchebags.

West Virginia
If you make fun of someone who does not accept a challenge, you risk a six-month prison sentence.
Says nothing about shooting the pussy regardless. Interesting.

Wisconsin
Unless a customer specifically requests it, margarine may not be substituted for butter in a restaurant.
It's not a law, it's a way of life.

Wyoming
Unless you have an official permit, you may not take a picture of a rabbit from January to April.
It's when they really let themselves go.

I am particularly fond of these NJ Laws

i dont have a list of local ordinances but they are EVEn more CRAZY, like no chewing at the beach and no riding anything with WHEELS in the park, unless you come before the sun or after it sets, during the winter. maybe leapyear? and dont break into a RUN from a brisk Walk in the park. No RUNNING in the park. All  offenses round here..
I have been chased by a police cruiser while on plastic roller skates with my two kids, 4 feet behind us running lights and siren. I believe my kids were about 5 and 8 at the time.
now THERES an EXCITING police chase scene for a movie.AY?  Better ramp up the velocity on the clip, we were skating about 5 MPH.

In Washington state it is illegal to have sex with an animal if it weighs over 40 pounds.

It's why I don't live there.

....Says nothing about Gorillas in the front seat, so we are good.

A pillow can be considered a "passive" weapon

Give a German an item, any item, he'll find a way to use it as a weapon.

By law, a pub can never be overcrowded- there is always room for one more drinker at each table- no matter how squashed people are.

Priorities first, people. I'm sure they'll get around to fixing public education eventually.

During Octoberfest, no person is ever legally drunk- no matter how much alcohol they've consumed.

They're considering expanding the law to include months that have a vowel in the name.

Every office must have a view of the sky, even if this is through a very small window.

It's is against the law to mention the date 1966 in any football ground.

Riots, street wars and anarchy would be the least of our problems.

It is illegal for ones car to run out of gas on the Autobahn.

When you're warming up your engine to hit 200 kph, a stranded car in front of you might really ruin your day. And that of the guys at 250 kph a minute behind you.

It is illegal to wear a mask.

Cuz Germans are just too beautiful to be hidden like that. 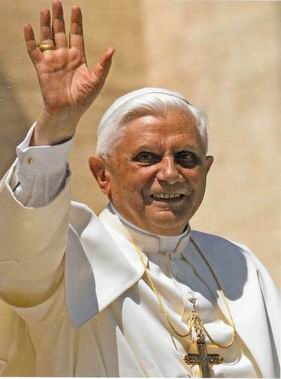 @ Syd, LtAdams, and MOTC - If you research these by state or region, does anyone else notice THEMES?

NJ - Murder, the coverup and the prohibition of FUN

AZ - zealous over-protection of Cactus and the banning of pants. Explains ALOT, Chig.

NM - obsession with shaven women?  I can see that. What are your property taxes there, Syd?

is it just me?

It is illegal to curse in any language other than French. Merde!

It is illegal to swear in French in Montreal. Fuck!

FYI: Mon Dieu! Uttering a blasphemy in Quebec is frequently considered ruder than a profanity, swearing, or cursing.

This validates the polls that over 65% of Americans pay little attention to government.

Still, Oklahoma law is completely necessary.  They should make is national and extend it to fries, burritos and most definately any and all desserts.  I have explained the Oklahoma law to my nephew in hopes that he will get a clue.  He's 3 so he can't quite grasp the concept but that doesn't mean I shouldn't get the ball rolling, right?  Dare I say, he has violated North Carolina law atleast 20 times just over this weekend alone.

Couple days of baby sitting have awakened me to the criminality of my own kin.