So this is my biological father, today would have been his 71st  birthday.  He died in Dec of 1976.

My favorite picture of him. (Center) NYC 1946-ish after getting through immigration. He was  born in St. Ivy's  England, both his parents were killed in the war effort.  His only living relative was his Aunt (pictured)  and her son Danny ( left )  who had meet and married her an Army man from Kentucky.  So they adopted him and raised him as one of their own.

So not a big deal normally, most Parents did meet and most Dad's did have birthdays, why a blog .. well you see I didn't know "THIS" dad existed until 1993, I was 26 years old, sitting across from my mother at ChiChi's, a 90's Fad Mexican Restaurant, when she slide the first picture posted over to me and I discovered that (he who's name is un-spoken but last name I bare),  wasn't actually my father, he was my adopted father  "Surprise"!!!  just as the waitress walked up, all I could say was can I cancel my Chimichangas with Spanish rice and refried beans and keep the margaritas coming !  lol  That all seem so long ago, looking back now it was stunning yet...utter relief... the verity that I wasn't the son of Satan himself... relief...

It was in those many hours and several pitchers of margaritas I learned of all about Wayne Cornish, however I also got to know about his "other" known as name.. Cleancut, a Outlaw 1%'er Biker name, "Excuse me Miss, another pitcher please!".... and the story continued.

My dad had dated a woman, had a child with her, and then found my mom.  I came along in 1969  Kristinas mother was none to happy with the word of my impending arrival.  So she did what every scorned woman did in those days, she called the draft and said he had abandoned his child...

He sent my mother several letters addressed to me, she never gave them to me, decided to throw them away and never utter his name again, erasing him all together from my life instead...  War, like it did to so many, changed him.   He came back a very messed up man, told my mother to keep her distance for her and my safety, that we'd be better off without him. Heavily in the Outlaws at this point,  hard to see the 4 gun and  26 stab wounds he had accrued by the time of this picture.  It is said by every person that I've ever spoken to about him, that he never lost a fight, which is hard to believe considering my mother says the same about herself. Her I believe!  However Cleancut did lose one fight , his last one, Dec 18th, 1976

At the time of his death, Cleancut had risen in the ranks of the Louisville Outlaws, he was the top dog I suppose, Chapter Head I think they were called.  A mob affiliation was well known.  It is rumored a deal went wrong, feds had moved in and the mob wanted all traces erased.  He and his best friend was drinking in a bar across the street from the club house one night, as they often did, and was shot in the back whilst leaving said bar of his brothers, and no one saw a thing.  His best friend became the New Chapter Head.

A guesstimated six thousand bikers ascended on Louisville Kentucky to attend Cleancut's funeral.  The National Guard was called in to restore order.  I apparently watched the whole thing on television, having no clue.  My half sister however did attend and was mentioned in the news clippings my grandmother saved for me.

At said point during our dinner my mother and I were so dunk we had to call people to come get us. lol

Fast forward to 2010, I'm 40 years old.   I get an email from my mom's long time best friend.  Giving me the name of Wayne's sister who had been trying to get in contact with me for some time, however Mom "forgot" to let me know.   Seemed his Bother "Danny" knew I was around,  he was diagnosed with terminal stomach cancer,  so he decided to tell the rest of family,  who then began the search.

Since then I have found a long lost connection, that I really never knew I had. And until that point n time,  all I had were stories that for all I knew was just that ... Stories.

But it was true, all of it !  and Darlene was finally able to fill in the missing pieces for me,  tell different stories I'd never heard before.  All I had  heard about was "Cleancut" my whole life. Darlene introduced me to "Wayne".  She raised my half sister until she turned 16 and then she went and lived with her mother.  Darlent called her to tell her she had found me. My half sister wants NOTHING to do with it.   I often laugh and say "Bitch need a kidney she'll call",

My aunt looked / looks at me as if I was her long lost bother, calling me Wayne often.. I walk like him, sit like him..etc.etc..  I suddenly realized oh shit,  I was having to live up to something here that there was NO Living up to ...

I however am his son and because of that ...

( My Favorite Song as a Child ) 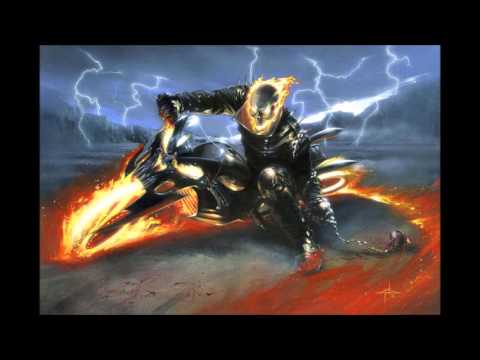 There's so much emotion in this, I hardly know what to say to it. About four years ago, I began to explore my own family history--deeply. I too am the child of a bad man (bio dad). But in reaching out to first, second, third, and even fourth cousins, I've found so much "good" in the DNA pool that I no longer feel tainted.

You bear an amazing resemblance to your bio dad, DOK. He had a good face. I hope you've inherited everything good in him, minus the war that messed him up.

NatureJunkie -  it didn't feel emotional writing it, those came and went long ago.  I've actually written this out before... somewhere, however I didn't have photos then, as I hadn't met my aunt yet.   Anyway I put it here as I didn't want the face world all up in it, the advantage of a secret garden boat.

The clubhouse had a three legged goat, two turtles with broken shells, a pig, a blind donkey,  and several cats an dogs.    Apparently he was a animal lover..often rescuing them.   Not sure you can inherit a love of animals, but that's one thing we have in common, outside our looks.